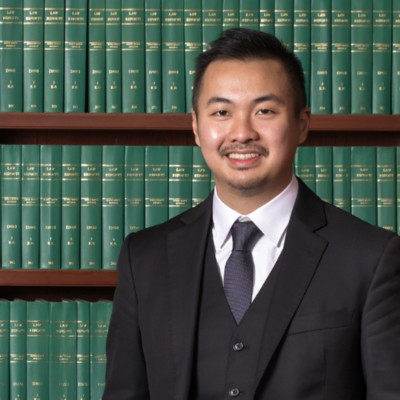 Justin Bong-Kwan is a writer and commentator based in Hong Kong.

Justin accepts instructions in both civil and criminal matters.

Justin joined Chambers upon completing pupillage in Hong Kong and undergoing training in international arbitration at the Peace Palace in The Hague. He served a further attachment to chambers in London, where he shadowed Queen's Counsel in various hearings, including a Privy Council hearing of an appeal from the Court of Appeal of the Republic of Trinidad and Tobago. Justin has also attended advocacy training at the English Bar provided by the Middle Temple.

Academically, Justin was engaged in a research project in London on the UK's asset confiscation regime with Jonathan Fisher QC, with whom he co-authored an article on the topic in the Criminal Law Review. The article has subsequently been cited and quoted by the Law Commission of England and Wales in its Consultation Paper on Confiscation of the Proceeds of Crime After Conviction.

Justin is able to draft documents and conduct proceedings in either English or Chinese.

After weeks of discussions on the set up, possibilities, infrastructure, costs and intricate details, Bollyverse Technology is thrilled to announce th...Read More

The South Korean government launched a formal discussion on the prohibition of dog meat, marking another milestone for the World Dog Alliance's global...Read More

There are doughnuts that you cannot take a bite of. It is a donut baked with ceramic, not flour. Inedible donuts are created by the artist Jae Yong Ki...Read More